Can this answer be salvaged?

This answer (link for users of 2k+ reputation) has been flagged as rude/abusive and deleted and locked. 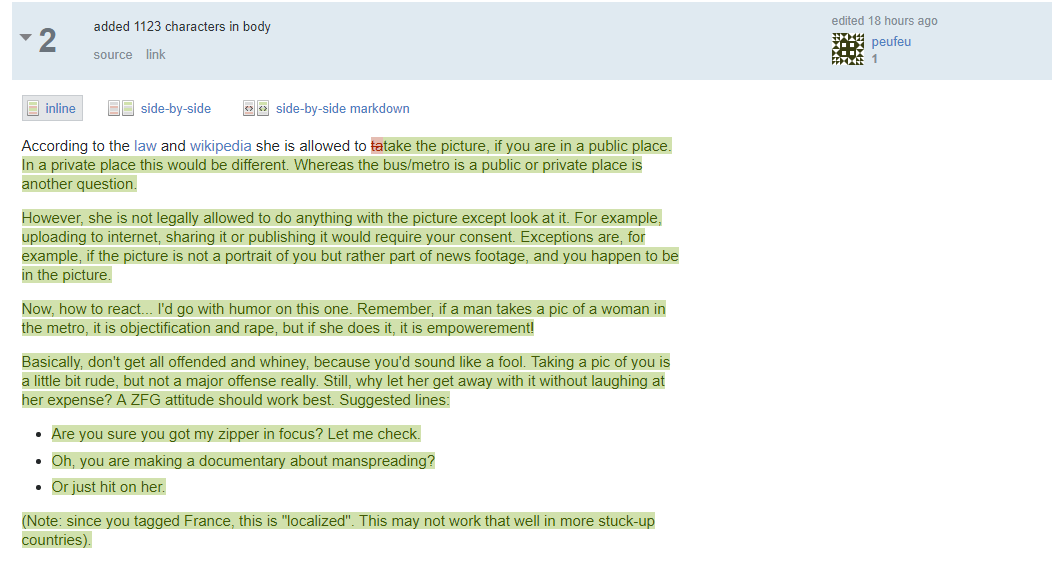 This also serves as reminder that if you believe a post is rude/abusive in one section, you can edit and remove that part. If the answerer is persistent and reverted your removal, you can flag it for rude/abusive.

Should we unlock, remove the rude examples, and undelete it?

I'll say no, for the sole reason that if you remove the rude/abusive parts, there's nothing left. I'm going to talk about this even while leaving context about this user out of it.

The first two paragraphs seem . . . fine. They're just talking about legal aspects (which I am not familiar with, and so cannot judge based on correctness). It's talking about the law in France, which is the country to OP is interested in, so it's relevant.

We've talked before about editing out rude content, and I know that I can speak for others when I say that I appreciate the thought here. But if you edit out all of the offensive remarks . . . there's nothing left of this answer besides two paragraphs of legal commentary, which don't answer the question.

We've been editing out the rude portions for many of their posts. We are tired doing it again and again. Said user is not showing any signs of improving their way of writing. Either they should start writing better or just don't write any.

Not the answer you're looking for? Browse other questions tagged discussion deleted-answers .

1
Rude/abusive flag declined?
9
How to get a better sense of community going?
17
Should IPS allow answers that suggest threatening or harassing someone?
0
Should this answer have been deleted?
1
What should we do about the example “unicorn” question in the tour page?
3
What to do about incomplete questions hitting HNQ?
2
Reworking the help/on-topic page
5
2020: a year in moderation