On the HNQ and its effects on the site stats

Some time has passed since D-day (the 'D' stands for DeHNQisation) happened 16 October 2018. Time to take a closer look at the site's stats and what effects the HNQ and its absence have had on the community.

Let's start with the obvious one. HNQ produces a lot of traffic. No HNQ means a part of that traffic doesn't come to IPS. We can see that in the amount of page views. 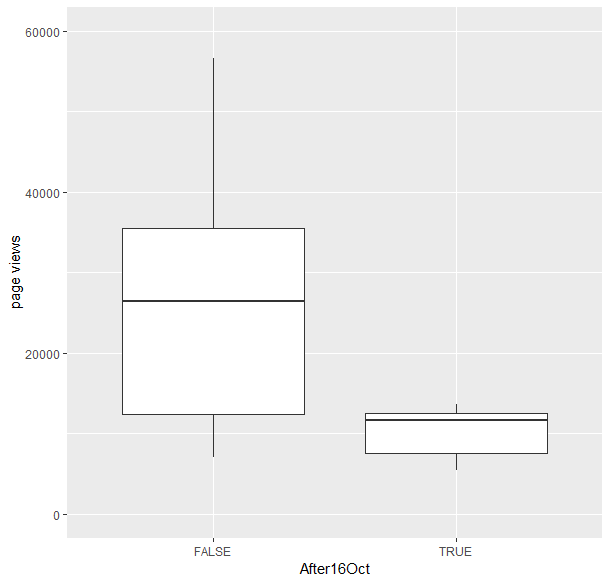 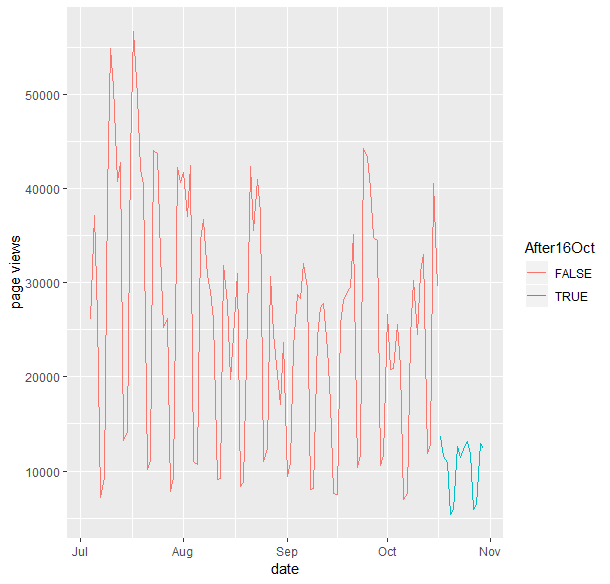 This seems to be stable again. But let's look beyond the views and take a look at the other stats.

Posts suffered initially, but appear to have recovered to a point. It's definitely not as bad as the first few days after D-day. 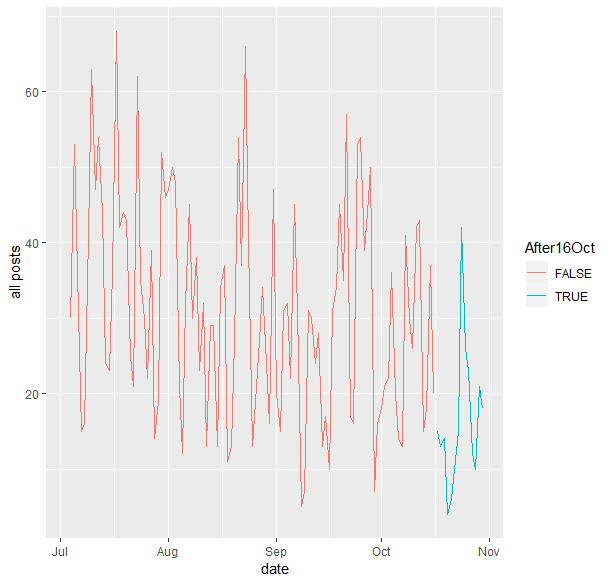 Especially the Questions per day have bounced back quite nicely. This makes sense. HNQ brings people to already existing questions, causing them to answer, not necessarily ask additional questions. 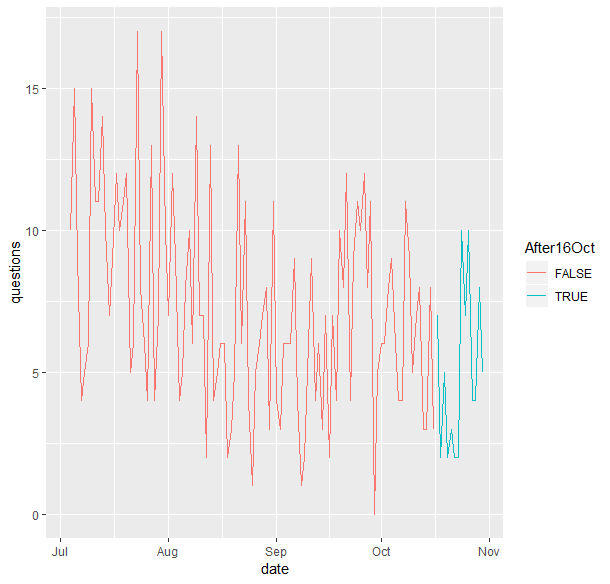 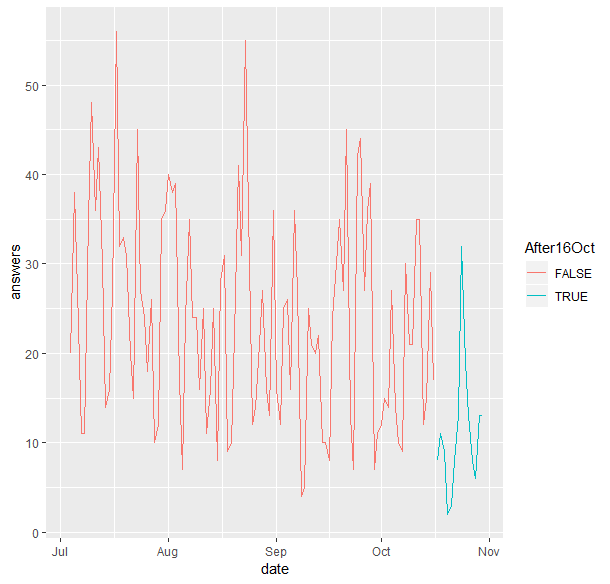 A similar effect can be seen with the votes. Users coming from the HNQ tend to lack the rep required to downvote. This can be seen in the amount of daily up and downvotes per pageview: 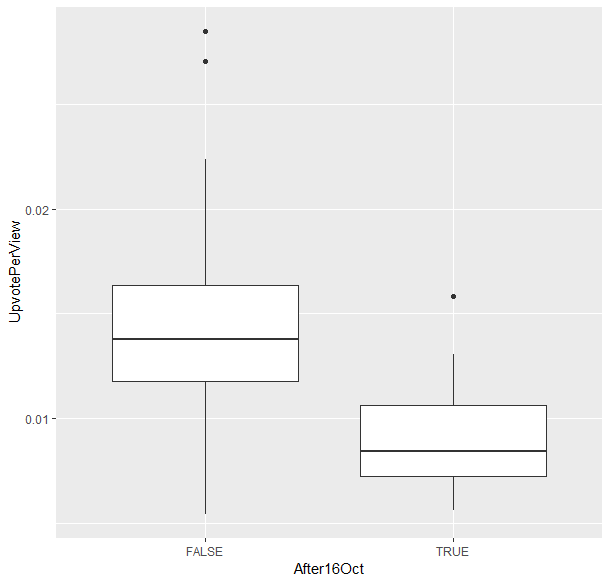 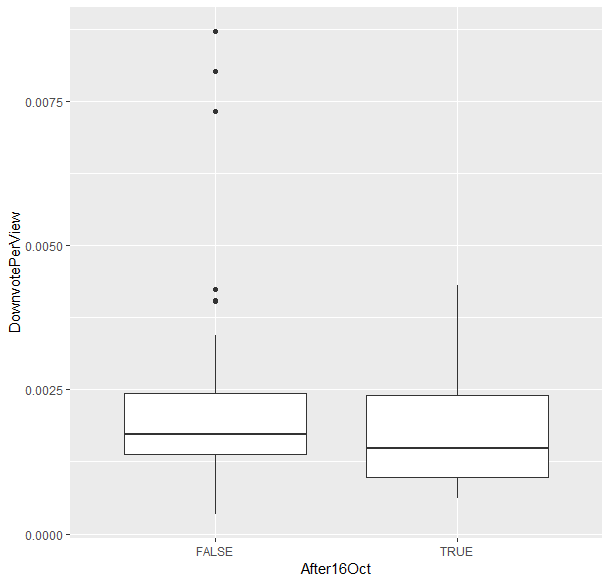 Looking at the average up and downvote per answer we see a similar story: 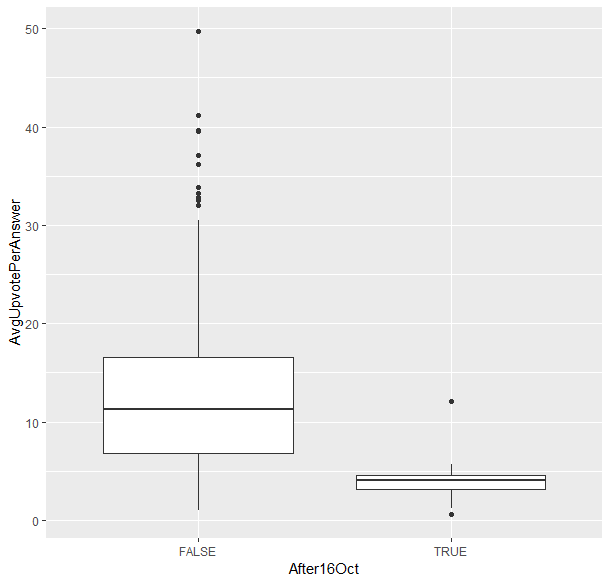 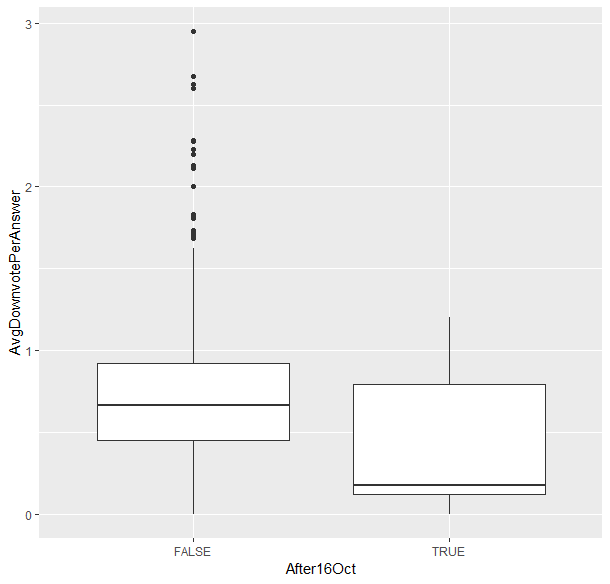 So we see that the amount of downvotes per answer has dropped slightly. Does this mean that the quality of the answers we get has increased? If we look at the fraction of answers that has been deleted each day, we can see that this has decreased as well. 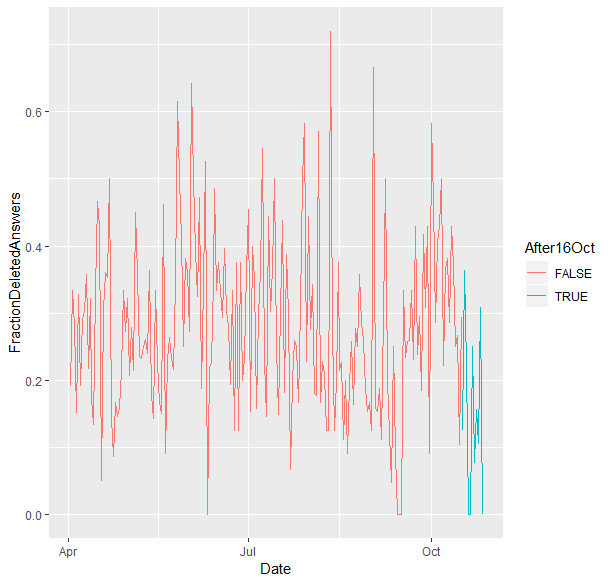 So while the amount of (nondeleted) answers has gone down, so too has the fraction of answers that has been deleted, part of which presumably due to low quality.

It's late, and personally I'm not too familiar with the comment side of SEDE. If someone has some insights to the amount of deleted comments per post or something like that, feel free to add that here.

The amount of protected questions would be interesting too. I might add that tomorrow.

While the traffic on IPS has gone down, the daily questions don't appear to have suffered too badly, and the amount of daily answers per question has gone down from a absurdly high amount, to an arguably more normal amount. The quality appears to have gone up as well. Whether this weighs up against one another, I will leave to you to decide.

During our respite from HNQ, community moderation efforts have been focused on cleaning up older questions on the site. This included deleting a lot of VLQ answers on old HNQ messes.

Not the answer you're looking for? Browse other questions tagged discussion hot-network-questions .

10
Request for 2018 moderation stats before and after HNQ removal

0
How will we know when this site is ready to graduate?
1
Automatically protect questions that hit HNQ
13
What are the data regarding this site's removal from Hot Network Questions? Is this site cleared for potential re-inclusion?
29
Revisiting HNQ participation for IPS
14
HNQ 1 month anniversary - How are we doing?
3
What to do about incomplete questions hitting HNQ?
9
What's the best way to deal with VLQ "answers" when you can't flag them appropriately?
10
Is it time to increase our number of HNQ question?